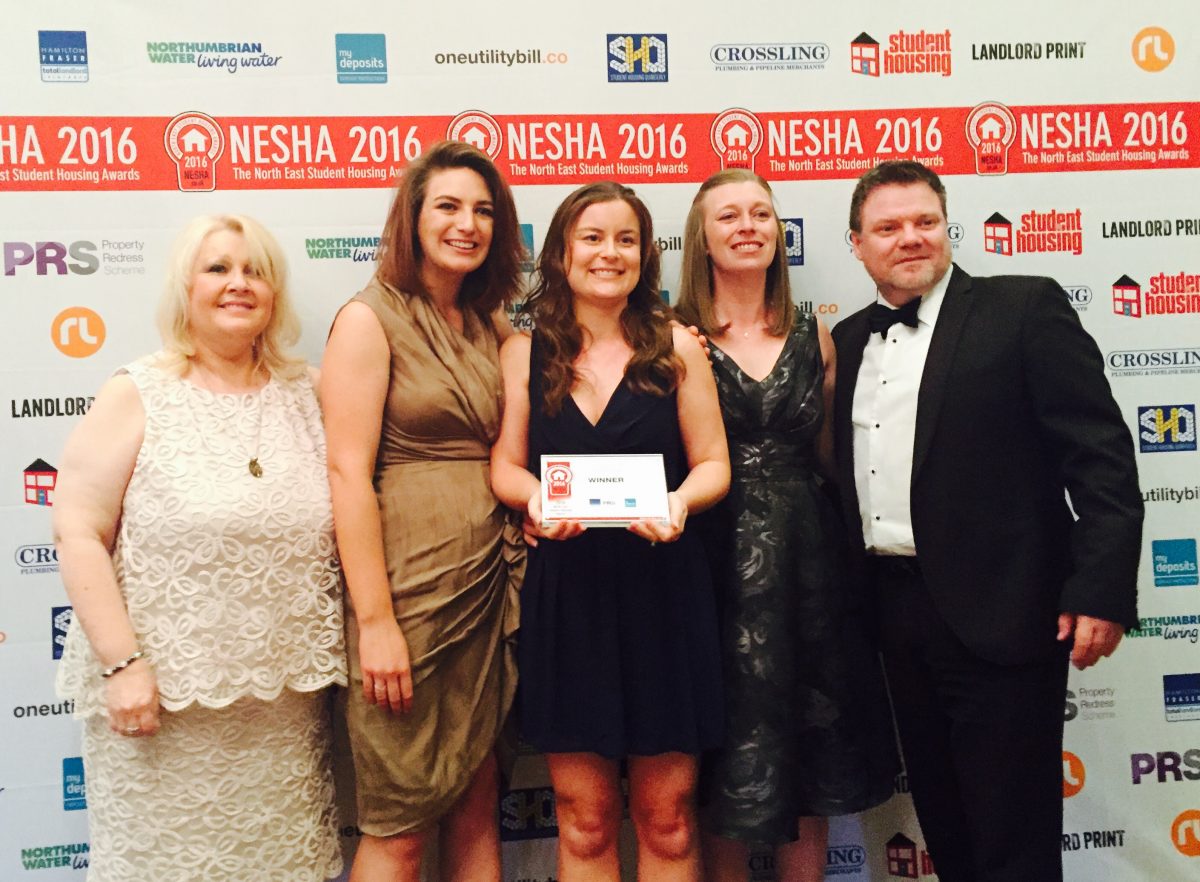 Well we’re all still in a state of shock here at Exchange Residential after the dust has settled on an amazing night at the North East Student Housing Awards where we took a haul of honours!

The North East Student Housing Awards are the nearest thing the booming student housing industry in the North East has to its own little ‘Oscars’ and we were delighted to be voted Newcastle’s Student Letting Agent of the Year at the second ever, event held at Newcastle’s Assembly Rooms yesterday.

It was a great night for the whole team as our Union Square accommodation retained the prestigious title of North East and Newcastle Student Hall of the Year, and Jeremy walked off with the Property Manager of the Year accolade too!

The awards, which are voted for by a panel of 16 property-based experts across a host of sectors, are the culmination of a great year for the team after almost doubling the size of our portfolio, sourcing and managing quality accommodation for around 1500 students.

The North East Student Housing Awards, which began in 2015, aim to celebrate those in the region who continuously go above and beyond legislation to deliver property, services and standards at the highest possible level, with the hope of improving standards overall.

On the night, the award for Newcastle Student Letting Agent of the Year was one of the most fiercely contested categories but judges highlighted the customer service and team spirit which set apart the Exchange Residential team and we were made up with our victory.

It was a second year of success for Union Square too, which is currently home to 233 students from 24 countries across the world, after retaining the award for North East and Newcastle Student Hall of the Year, a title we first won in 2015.

Anyway, we partied hard and there were a few delicate heads in the office this morning before a chippy lunch perked everyone up considerably. After all, it is national fish and chip day!

A great event and a great result for everyone at Exchange Residential. It also wouldn’t be possible without our lovely tenants so thanks to you all too.