Sandyford is a popular suburb of Newcastle as it’s just a stone’s throw away from the city centre. You can walk easily to both universities and to the main shopping and leisure areas. It’s a fantastic place to live, with buzzing restaurants and cafés and this trendy suburb of Newcastle has all the amenities you need close to home. So if you are hoping to move to Sandyford, here’s everything you need to know…

There are many brilliant eateries as in recent years Sandyford has become a foodie hotspot. The new kid on the block is the very popular Scream for Pizza. Based in Starbeck Avenue, the new haunt serves familiar choices like Pizza Margherita but customers can also try the luxury ‘Crab Thermidor Pizza’ which got Scream For Pizza through to the finals of the British Street Food Awards in 2015. The restaurant has 30 covers but is popular so make sure you book early!

If Italian is your cuisine of choice then you must make a booking at Mascalzone. You can expect to find pasta, pizza, salads, meat and vegetarian dishes. Every dish uses only the finest ingredients sourced directly from Italy, and the team also use local produce sourced from North East farms and butchers. The food is made and served by a team of people who love cooking as well as eating and talking about it and there’s a choice of some stunning Italian wines to accompany your meal.

It is also worth heading to Harissa Mediterranean Kitchen, another popular haunt. The restaurant’s menu changes regularly and the kitchen uses fresh and seasonal ingredients to serve fresh, tasty and colourful food from all corners of the Mediterranean. There’s a selection of chargrilled meats and vegetables, house-made breads, mezze and vegan dishes, along with a range of seasonal small plates using home-grown vegetables from the kitchen’s own local allotment. The restaurant, which is also fully licensed, won the Secret Diner’s Best Newcomer Award in 2016.

Elsewhere in Sandyford, the family-run Little Green is a standout option. This vegan café offers many breakfast delights including avocado smash with lime, chilli, coriander, cherry tomatoes on sour dough bread; for lunch you might want to try maple and harissa aubergines and the evening menu has home-made stone-baked pizza as well as meals with Cuban, Thai and Indian influences. The drinks menu, meanwhile, ranges from coffee and protein drinks to craft ales and cocktails.

Aidan’s Kitchen, the brainchild of Gateshead College graduate Aidan Jackson, is renowned for its fabulous brunches and completely packed on any given Sunday so get there early. We recommend you try the thyme-buttered hash brown, maple-cured bacon and fried eggs. It’s also fully licensed.

The Sandwich Company offers fresh sandwiches, salads, pasta dishes, jacket potatoes and hot and cold drinks. Nearby there’s a Chinese takeaway, Runwell, which is perfect when you can’t be bothered to cook. There’s also a fantastic fish and chip shop, Starbeck, which serves delicious options and there’s always a huge queue around the street corner.

Sandyford is light on bars but nearly all the restaurants are licensed. However, it does have one of the most popular pubs in the East End of Newcastle, The Blue Bell Inn. This friendly pub near the River Ouse is the perfect place for outdoor drinking as there’s a great beer garden with plenty of seating and a raised decked area. The Sunday lunch is also excellent.

Other noteworthy venues which are on the Sandyford/Jesmond border are the recently refurbished Punch Bowl, along Sandyford Road, and it’s also dog-friendly. From there you can travel to Osborne Road in Jesmond where there are countless bars all offering great happy hour deals.

The Tanner Arms, on the outskirts of the Ouseburn Valley, isn’t too far away from Sandyford and is a welcoming pub, offering live music and great food. The home of regular live bands and DJs and a whole host of locally brewed ales. The pub also serves hand-crafted burgers including vegetarian varieties. It also has a pool table.

Another great spot which is technically between Jesmond and Newcastle city centre is Wylam Brewery’s Palace of Arts in Exhibition Park which blends live music with a microbrewery and interesting small plates menu. We’d recommend their amazing table service Sunday lunch and they also have one of the best beer gardens in the city. You’ll find an eclectic fusion of music on offer from Gospel choirs to the Royal Northern Sinfonia, tribute acts, DJ nights, and star appearances from the likes of Trevor Nelson. 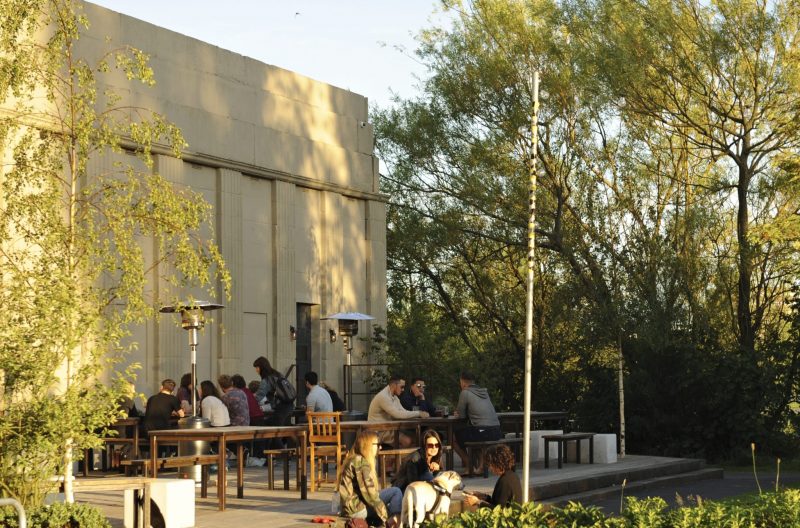 As for shopping, there’s a very busy Best-one for all your needs. There’s a large Morrisons supermarket at the bottom of Shields Road, Byker not far away or there’s a Tesco or Sainsbury’s Local in nearby Shieldfield.

Your nearest park is Heaton Park, a Victorian park which stretches from Jesmond Vale to Heaton Road and to Armstrong Bridge. Heaton Festival is held every two years and is swelling in terms of attractions and visitors. The next festival is in 2021.

Jesmond Dene isn’t far away and is perfect for a peaceful place for a stroll and in the summer, the Dene is the place to be with number of events and festivals including outdoor performances by Heartbreak Productions.

And twice a month you’ll find a food market on the Armstrong Bridge with plenty of reasonably priced street food while Pets Corner is a free entry petting zoo which is home to a number of animals. On the border of Sandyford and Heaton there’s also the excellent Star & Shadow, a volunteer-run cinema and event space. On Sunday it hosts a vegan café. 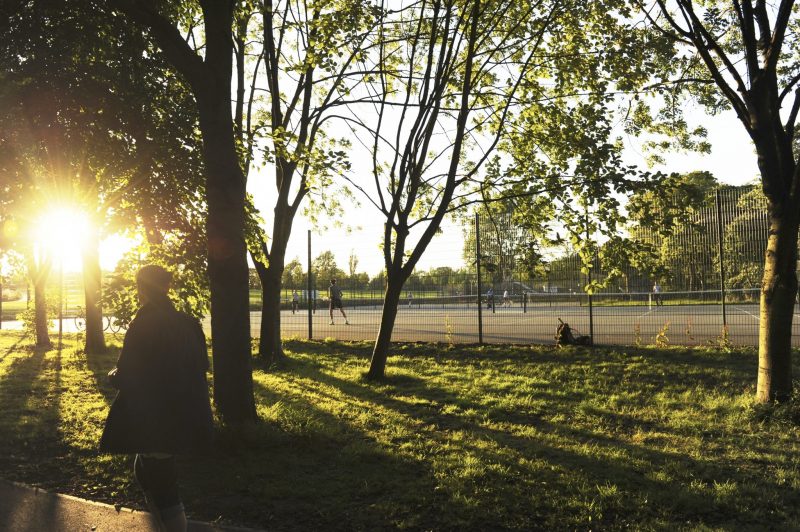 Sandyford is approximately two miles from the centre of Newcastle. Your nearest Metro station is Jesmond. Buses are plentiful and frequent and can be caught from various locations in the city centre to Sandyford and back again. Try the number 38 or number 1 which stops in Shieldfield and Heaton which run close to Sandyford. Cycling is a great way to get around the city easily for free.

There are bike sheds to park and lock your bike throughout the universities and city.

Taxis are another way of getting around Newcastle and are in specific areas of Newcastle, such as outside of the train and bus stations and there are also taxi ranks on Grey Street, Pilgrim Street and Collingwood Street near the bars and clubs.

Trains run from Newcastle Central Station to Edinburgh in the North, and York and London to the South.