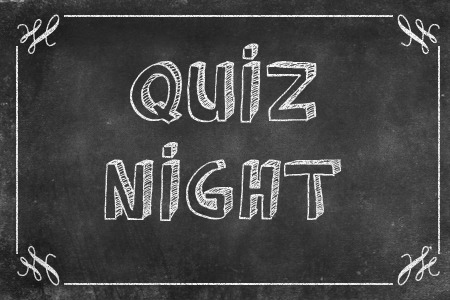 Newcastle is notorious for its vibrant clubbing and bar scene but it doesn’t stop there. With plentiful pub quizzes taking place on nearly every night of the week, you’ll never be struggling to find somewhere to have a drink and squabble with a quizmaster about which Apollo 11 astronaut didn’t set foot on the moon or which is the longest river in the world.

Monday- The Forth Hotel

Kick off your week at The Forth Hotel’s quiz from 8pm.  For only £1 entry, a multitude of prizes can be won AND 2-4-1 burgers are on all evening. There’s no better way to spend your Monday night.  Popular among students, quiz night at The Forth Hotel is never boring, especially with a range of real ales made by local brewers and innovative craft beers from around the world. Located a mere 2-minute walk from the Central Station, The Forth Hotel is easy and convenient to get to for those who may not know the area.

Jesmond itself is well known for its plethora of well-established pubs and bars and The Blue Bell is certainly not one to miss! Serving up a Sunday roast to boast about and having one of the best beer gardens in Newcastle according to locals, The Blue Bell never fails to impress. Wednesday quiz nights are no different with a regular commenting on the night as “A whole lotta fun, prizes to be won”, so head down for a night filled with fun starting at 8pm.  The Blue Bell is only a short 15-minute walk from both Jesmond and Chillingham Road Metro stations and with several beers and ales on tap as well as free entry, what else could you want for a mid-week quiz night?!

Right in the heart of Heaton, The Northumberland Hussar is merely a few streets over from Chillingham Road. The Northumberland Hussar was purpose built in 1955 and beautifully refurbished in 2013 with a new bar, smoking area, sports TV, parking and free WIFI. The Hussar has a range of cask ales from both local and national microbreweries. The Thursday night quiz starts at 8pm and is only £1 per person to enter, with a first prize of £30 in food and drink vouchers. The quiz consists of 4 rounds: Pictures, general knowledge, TV & film and music and there’s even a £100 cash prize if you strike lucky on the jackpot round!

Another favourite of Jesmond locals, The Dun Cow is a great venue with a fantastic variety of high end spirits, on-tap beers and ciders and even the odd cocktail (or two)! Situated close to Osborne Road and Jesmond Metro station, it’s an easy place to get to. The Thursday night quiz commences at 8:30pm and consists of several rounds including a music and photo round. Generous prizes of food and drink vouchers as well as a £100 jackpot up for grabs. The Dun Cow is certainly popular among students with competitive prices, tasty food and a friendly environment, Thursday quiz nights have never been better.